Apple May Launch 5.8-Inch OLED iPhone With Curved Glass Casing and Screen in 2017

Apple is planning a major overhaul of the iPhone for 2017, including the adoption of an all-new curved glass casing paired with a curved 5.8-inch AMOLED display, according to KGI Securities analyst Ming-Chi Kuo. Seeking to move away from the metal casing designs that are no longer unique, Apple will reportedly take the glass-backed design used for the iPhone 4 and 4s “to the next level” in building the 2017 iPhone.
We expect the 2017 new iPhone model to adopt a structural design similar to that of iPhone 4/ 4s, meaning it will be equipped with glass on both the front and back sides, and a metal frame surrounded the edges. The difference is that the new model will likely come with a curved screen and curved glass casing, with other important features including a 5.8-inch AMOLED display, wireless charging, and more biometric recognitions (facial or iris). Given the curved design, the new model may look smaller than an existing 5.5-inch iPhone.
Kuo lays out two scenarios for Apple’s 2017 lineup, depending on availability of the AMOLED displays needed for the new phone. If supplies are sufficient, Apple would launch a 4.7-inch LCD-based iPhone paired with the new 5.8-inch AMOLED iPhone as a larger option. But if AMOLED display production is unable to meet the entire large-screen demand, Kuo believes Apple will launch 4.7-inch and 5.5-inch LCD iPhones similar to today’s lineup, with the 5.8-inch AMOLED model being a third option at the high end.

Such a major change in 2017 would be part of a significant departure from Apple’s usual pattern of keeping the same general body style for two years before making major changes. The current iPhone 6s and 6s Plus represent the second year of the current body style, and normally this year’s iPhone 7 would be expected to see a significant external redesign to freshen up the look. Leaks and rumors have, however, suggested changes could be fairly minor in the iPhone 7.

Previous rumors have suggested Apple is looking to launch a 5.8-inch OLED iPhone in 2017 or 2018, with Apple rumored to be working with several different OLED display manufacturers. 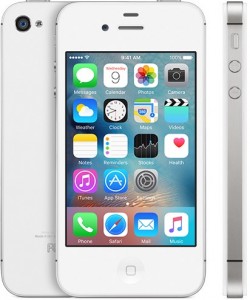