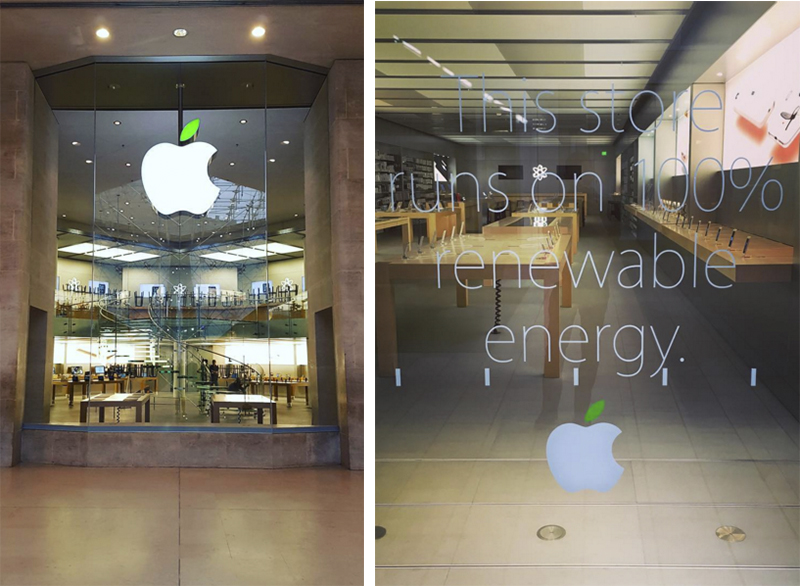 In honor of Earth Day next Friday, April 22, Apple has updated the logos of over one hundred of its retail stores with green leaf accents in countries around the world, and provided retail employees with matching green t-shirts to wear. Apple is also promoting stores that run on 100% renewable energy with new signage.

Many customers have shared pictures of the green-leafed Apple logos on Instagram and Twitter at stores in the United States, Australia, Belgium, China, France, Hong Kong, Italy, Japan, Spain, United Kingdom, and other countries. Some employees have also shared close-up photos of their new green t-shirts. 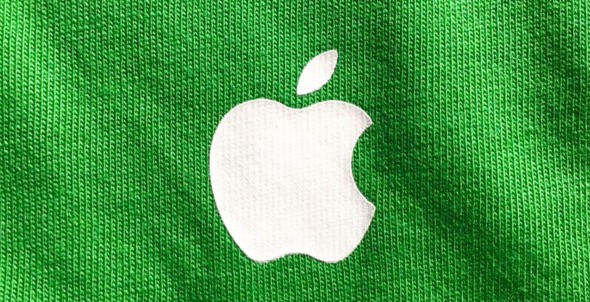 Apple has heavily emphasized its environmental responsibility over the past month. At its iPhone SE event last month, Apple environmental chief Lisa Jackson said the company's goal is to "become 100% renewable in 100% of our operations worldwide," including all of its corporate offices, retail stores, and data centers.

Yesterday, Apple launched an "Apps for Earth" promotion in support of the World Wildlife Fund and released its annual environmental responsibility progress report [PDF] covering the 2015 fiscal year. Notably, Apple's recycling initiatives have allowed it to recover over $50 million in gold, copper, and other metals.