The ultra-thin notebook is available on Apple's online store starting today from $1,299, and from Apple retail stores and authorized resellers beginning tomorrow.

Christina Warren has shared 64-bit Geekbench results that show the new 12-inch MacBook (1.2GHz configuration) has around 15% to 18% faster CPU performance compared to last year's equivalent model. The notebook earned a single-core score of 2,894 and a multi-core score of 5,845, versus 2,437 single-core and 5,049 multi-core scores for the previous generation 1.2GHz model.

Meanwhile, early BlackMagic disk speed tests have seen write speeds that are up to 80 or 90 percent faster than the write speeds in the previous-generation MacBook. Read speeds are also improved. 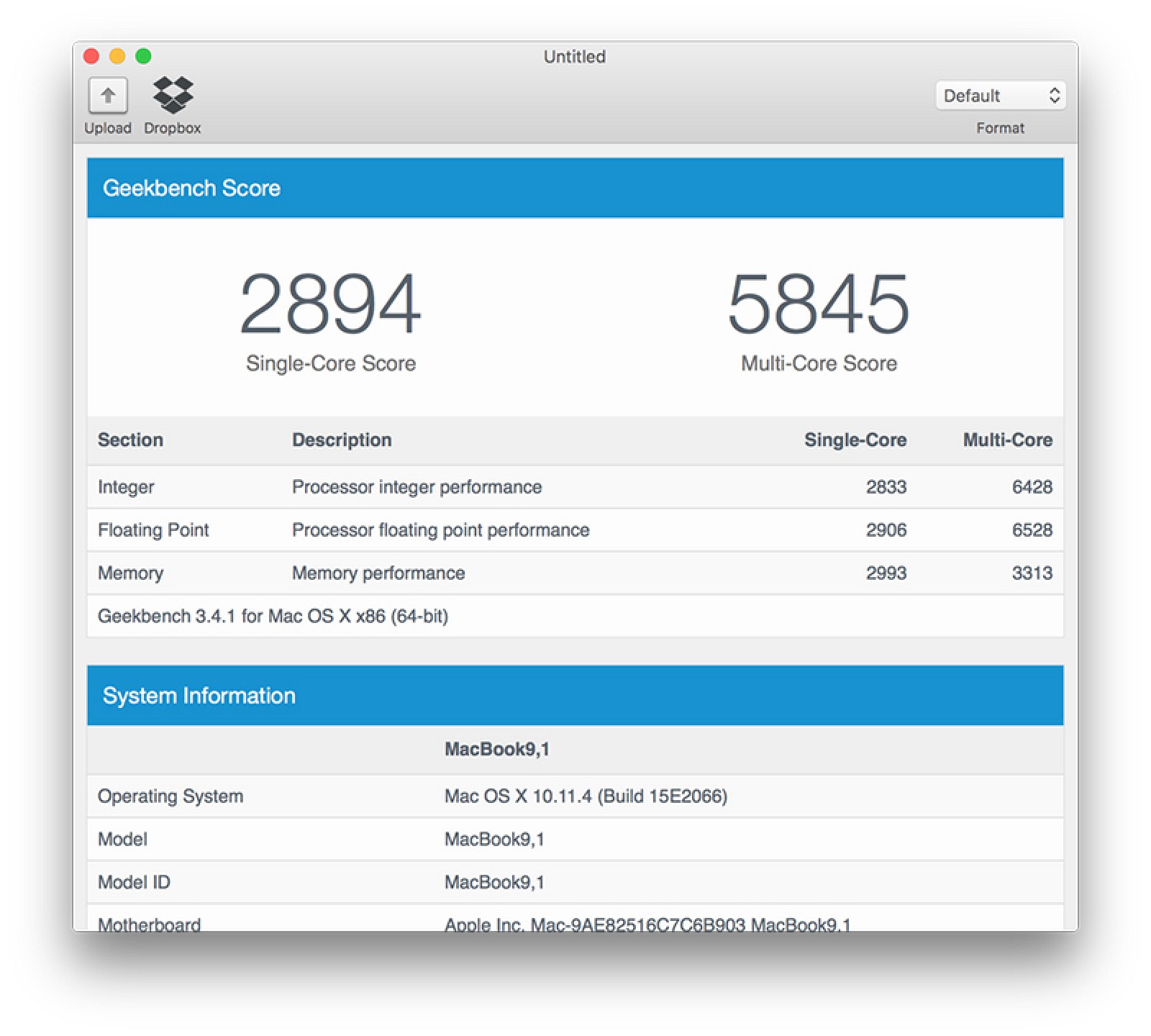 Initial reaction to the MacBook refresh among MacRumors readers has been mixed, with some appreciating the long-awaited arrival of faster Skylake processors and others disappointed that the notebook continues to have only one USB-C port, a 480p FaceTime camera, and no Thunderbolt 3 or DDR4 RAM.

MacRumors forum member PatriotInvasion writes:
No Thunderbolt 3, no extra USB-C port, and same $1,299 starting price. Ouch. Not what I expected. Let's see what the MacBook Pros will be like.

My guess is Thunderbolt 3 is overkill for the users this Mac is targeted at, but the starting price point is overkill as well.
12-inch MacBook supporters argue that the notebook was never intended to have such capabilities, nor might those additions even be feasible without jeopardizing its size and price point, and promote the MacBook Pro as a more suitable alternative for expanded connectivity and CPU-intensive tasks. 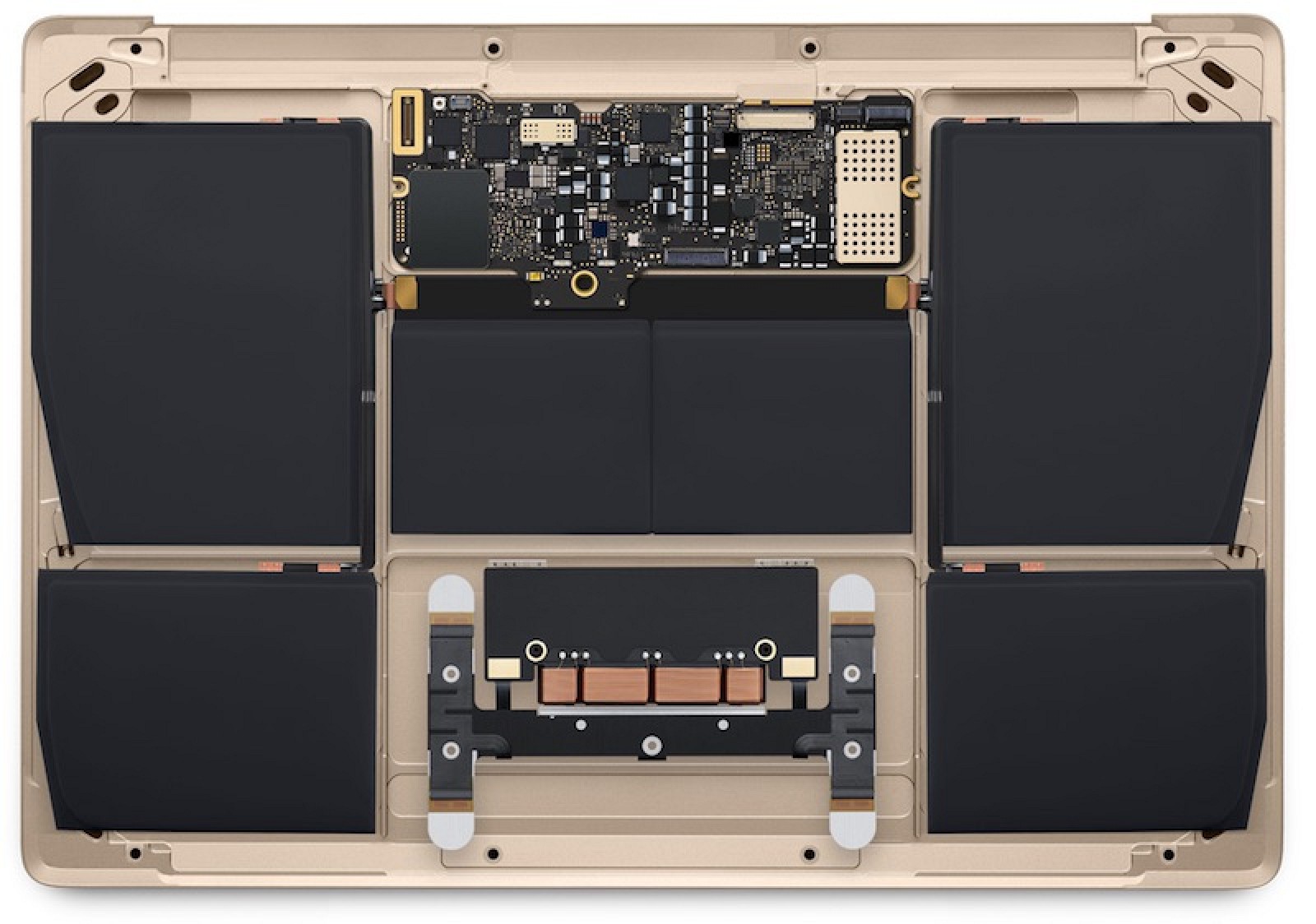 Apple says the new 12-inch MacBook has an additional hour of battery life for up to 10 hours on a full charge. The improvement was made possible by not only more efficient Skylake processors, but also due to a 41.4-watt-hour lithium-polymer battery. The original 12-inch MacBook has a slightly shorter-lasting 39.7-watt-hour battery that delivers up to 9 hours of power per charge.

The new 12-inch MacBook is available with a faster 1.3GHz Intel dual-core Core m7 processor as a $150 to $250 built-to-order upgrade option. 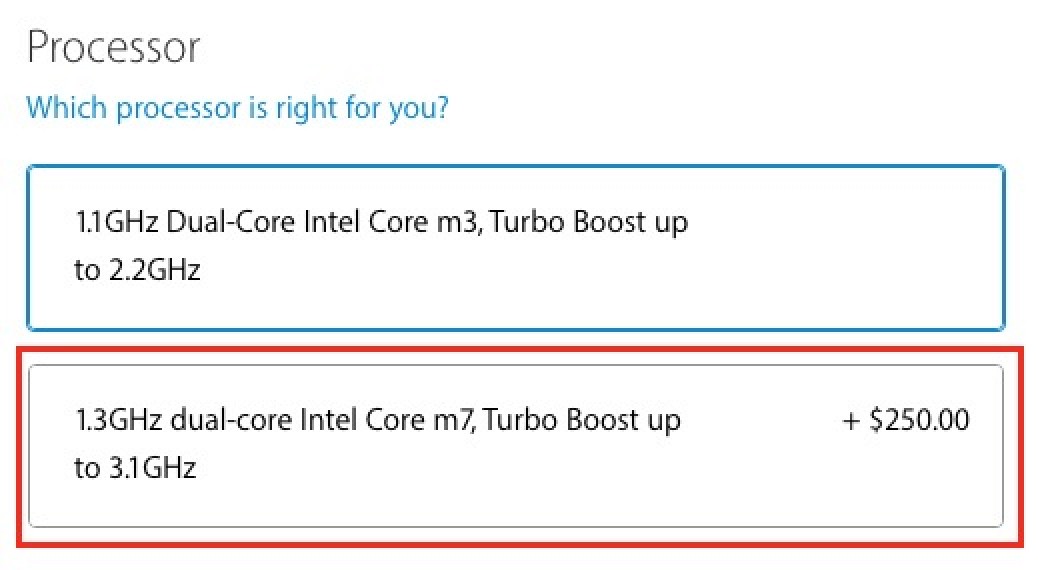 The upgrade can be applied to both standard configurations, which offer 1.1GHz Core m3 and 1.2GHz Core m5 processors for $1,299 and $1,599 respectively.

Apple has lowered the price of refurbished early 2015 model 12-inch MacBooks on its online store. The notebooks now range between $929 and $1,319 in the U.S. depending on the configuration selected.