Liam can’t recycle every iPhone, even with 29 arms 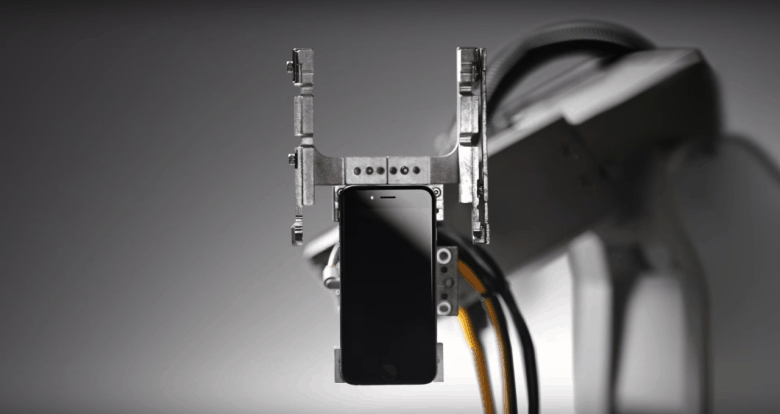 Liam, Apple’s robot that deconstructs iPhones to mine the valuable resources inside them, is certainly cool — but he’s still not the recycling machine we deserve (or need).

Just like any Apple product, Liam was designed to work well. But how much good does the robot, which took three years to develop and build, actually do?

The new face of iPhone recycling

Liam looks awesome (and he’s a garnered a cool 2.2 million views in an Apple video on YouTube).

With 29 arms working together to quickly dismantle old iPhones, Liam can deconstruct dozens of iPhones at a time, hitting an astonishing rate of one phone every 11 seconds, according toMashable. (Liam only tackles iPhone 6 models for now.)

That’s 350 phones every hour, for a total of 1.2 million devices a year, assuming Liam works at iPhone recycling Monday through Friday (obviously he gets the weekend off) and faces no serious malfunctions.

Liam is definitely an upgrade from the typical electronics recycler, which uses mega-shredders and magnets to separate parts. Recycling iPhones at a clip of 1.2 million a year is great, but Apple sold more than 230 million iPhones in 2015 alone. With more than 700 million iPhones total, recycling 1.2 million annually hardly puts a dent in the massive e-waste crisis the world is currently facing.

That’s where Cult of Mac’s iPhone buyback program comes in. We can’t recycle a couple million smartphones a year, but it’s up to scrappy little guys like us to take up where Apple leaves off. We have the advantage of buying back or recycling more than just your iPhone 6, too.

We’ll buy back almost any old Apple device — iPads, iPhones, iPods, MacBooks, Apple Watches and Apple TVs (and even some Android devices, through the Cult of Android buyback programrun by our sister site).

Whether your old device is in great condition or doesn’t even turn on anymore, we’d like to make your day better by putting a check in your mailbox.

So get your quote today and see how much cash you can get for your old devices. We promise not to tell Liam.