Tim Cook is in China again, and he marked the occasion by paying a visit to an Apple Store in Beijing on Monday — in the company of Liu Qing, a.k.a. the president of Didi Chuxing, the Chinese Uber rival Apple just invested a staggering $1 billion in.

Cook was quizzed on Apple’s recent investment, which comes at a time when the company is focused both on transforming the automotive industry (with the rumored Apple Car) and also on continuing to build its name in China. According to Cook, Didi Chuxing has one other major advantage too: it shares Apple’s concerns for the environment. 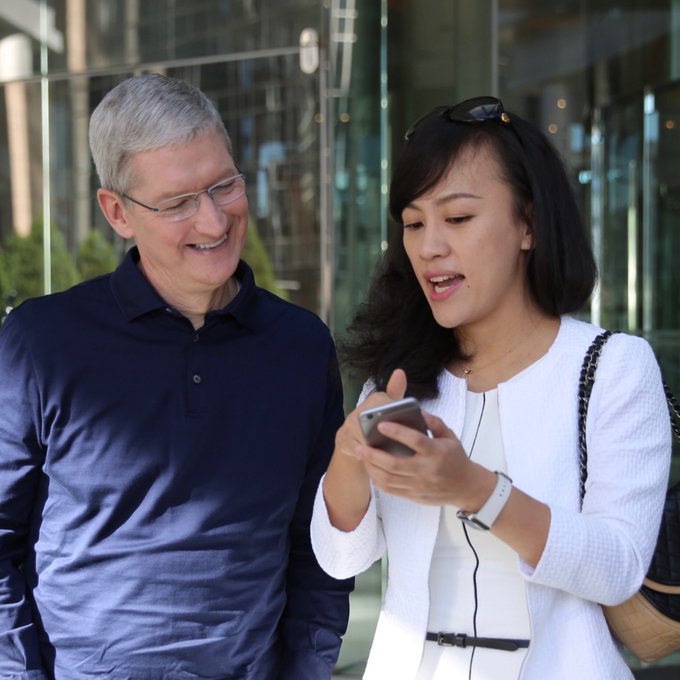 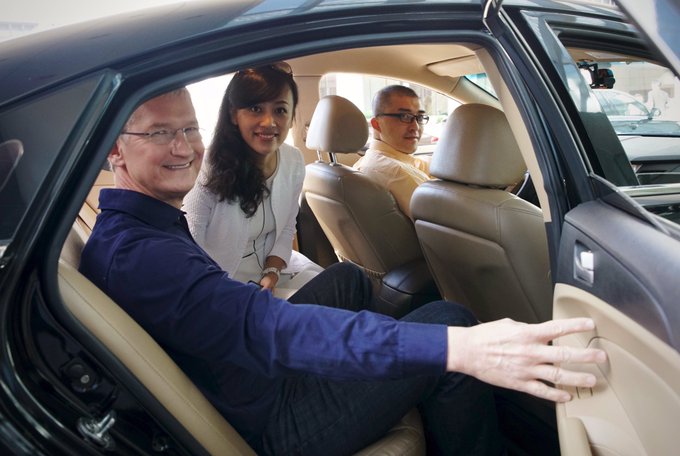 “Didi has a very great management team and its objective is also environmental, hoping to help reduce pollutions by making more efficient use of cars,” he said, explaining Apple’s investment.

Cook was also keen to point out the growing number of Chinese app developers. “China-based developers have now earned over $7 billion, and what is more impressive, over half of that came in the past 12 months alone,” he said. “The momentum is quite strong.”

Despite Apple’s massive focus on China, Cupertino-China relations aren’t rosy right now. Cook’s trip follows a recent decision by Chinese courts to strip Apple of its exclusive iPhone trademark in the country, while the Chinese government has banned Apple from operating its iBooks and iTunes Movies stores locally.

It is not yet known whether Cook will meet with any high-ranking officials to discuss these issues during his China visit, although it would certainly seem to be a great opportunity