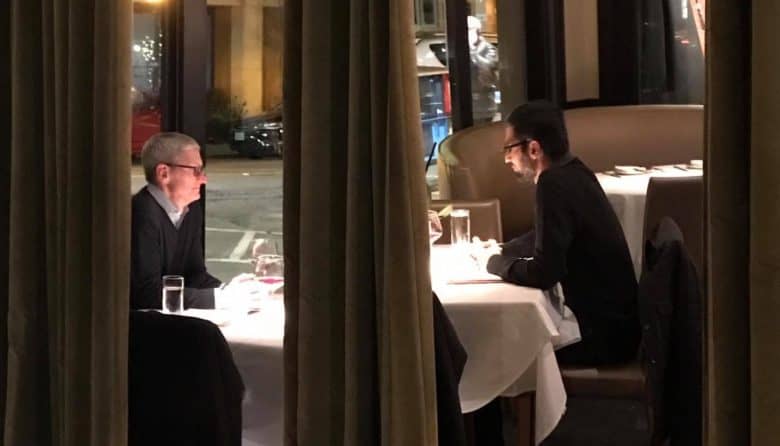 Apple CEO Tim Cook appears to be open to a friendlier relationship with Google than Steve Jobs ever was. Cook got spotted dining with Google CEO Sundar Pichai at one of the top Vietnamese restaurants in Silicon Valley this week. What the two powerful tech leaders were discussing is still a mystery, though.

Pichai and Cook were dining at Tamarine Restaurant in Palo Alto, which is neutral territory for the world’s two biggest tech companies. It looks like they’re both having a glass of wine, but based on the body language, neither looks totally relaxed.

The meeting between the two tech titans is reminiscent of 2010 when Jobs was spotted getting coffee with Eric Schmidt (Google’s CEO at the time). Tensions between Apple and Google were at an all-time high after the Android operating system ripped off many of the iPhone’s features.

Jobs vowed to go thermonuclear on Google for what he called “grand theft.” The company then launched a series of lawsuits against the world’s top Android smartphone manufacturer, Samsung.