Jony Ive on iPhone X and Apple's future products: Design and ideas must wait for technology to catch up

In a conversation at The New Yorker's TechFest conference in Manhattan on Friday, Apple chief designer Jony Ive gave a small glimpse into the development of the upcoming iPhone X, and the time that it takes for technology to catch up to ideas. 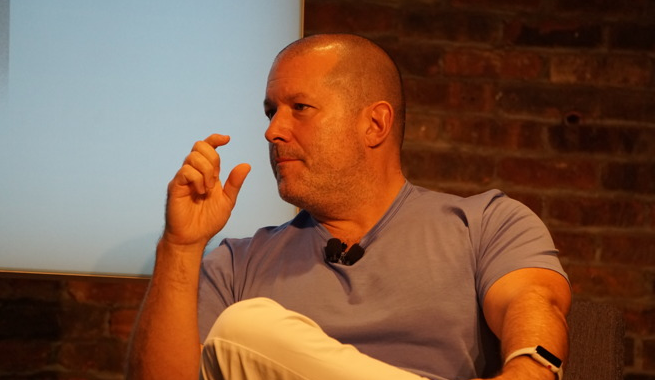 Building a product like the iPhone X takes time at patience, Ive stressed, revealing that Apple was internally toiling away on the design of the revamped handset for 5 years before it was unveiled in September.

"We've made, I think, numerous mistakes. But I am confident that the mistakes weren't all from laziness or some self satisfying belief that it inevitably can be successful." - Jony Ive.

In the beginning, as Apple sought to build a handset with an edge-to-edge display, the company worked with large, cumbersome prototypes — and that was all they could do, until technology itself became available to achieve the vision they had internally.

"There are certain ideas that we have, and we're waiting for the technology to catch up," Ive said.

Calling it an "extraordinary process," he gave some insight on the type of internal struggle that designers must go through to create a successful product that melds advanced technology with consumer-focused usability.

"There really are two very distinct behaviors that I have to sort of engage in and I sort of have," he said. "On one hand, it is to be so curious and inquisitive and you know what that looks like with the constant questions, being light on your feet and being prepared to be wrong.

Moving between those two, almost polar opposite behaviors is "exhausting," Ive said.

In his conversation with David Remnick of The New Yorker, Ive was asked what his "most interesting failure" was. The question seemed to catch Ive off-guard, who quipped that he's not sure if he finds failure itself to be interesting.

But he did admit that Apple is not perfect, and the design process can be a challenging exercise — one where learning to say no, even to things you are excited or passionate about, usually produces the best results.

"We've made, I think, numerous mistakes," Ive said. "But I am confident that the mistakes weren't all from laziness or some self satisfying belief that it inevitably can be successful. I think we are a bunch of very anxious, worrying individuals who generally assume it's not going to work."