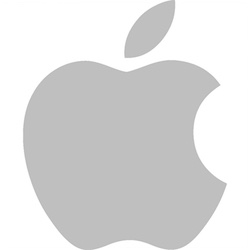 During today's second quarter earnings release, Apple said that it is launching a new share repurchase authorization of $100 billion, with a 16 percent increase in quarterly dividend.

Apple expects the execution of its previous $210 billion share repurchase authorization to wrap up by the end of the current quarter, three quarters earlier than originally expected. From Apple CEO Tim Cook:

Recent corporate tax reform makes it possible for us to executive our program more efficiently. Given our strong confidence in Apple's future, we're announcing a significant update. Apple's Board approved an additional $100 billion share repurchase authorization, as well as a 16 percent increase in quarterly dividends, effective with the next divided later this month.

Following tax reform in the United States that will allow Apple to repatriate its overseas cash at a lower tax rate, Apple has said that it wants to reduce its net cash balance to zero, a goal it will accomplish through share buybacks, increased dividend payouts, acquisitions, and investments into research and development.

Apple CFO Luca Maestri said that Apple wants to maintain the cash it needs to fund day to day operations, invest in the future, and provide the flexibility it needs to respond strategically to opportunities that arise.

Maestri also said that Apple plans to executive its share buyback program thoughtfully, efficiently, and at a fast pace. Apple will provide updates on the program at the end of every quarter.

After the news of Apple's $100 billion share buyback program, Apple stock is up 4 percent in aftermarket trading.

Note: Due to the political nature of the discussion regarding this topic, the discussion thread is located in our Politics, Religion, Social Issues forum. All forum members and site visitors are welcome to read and follow the thread, but posting is limited to forum members with at least 100 posts.