In our latest YouTube video, we pitted the G7’s camera against the camera of the iPhone X to compare and contrast the feature set and image quality of the two devices.

Subscribe to the MacRumors YouTube channel for more videos.
While the iPhone X has a dual-lens setup that includes a wide-angle and a telephoto lens, the G7, like the G6, takes a different approach for its camera setup, introducing both a standard ~71-degree f/1.6 wide-angle lens and an even wider f/1.9 107-degree lens, eschewing telephoto capabilities all together.

Both sensors offer an improved 16-megapixel pixel count, and the standard lens includes support for optical image stabilization and an autofocus system that includes phase detection and laser.

Apple’s iPhone X has a standard 12-megapixel f/1.8 wide-angle lens paired with a 12-megapixel f/2.4 telephoto lens, which is what Apple uses for its Portrait Mode depth effects. Both wide-angle and telephoto lenses have their purposes, and with LG’s setup, you can take wider landscape shots that fit more of the background in rather than closer portrait images designed to focus on a single subject.

LG’s device also includes a portrait mode-style effect, but the background blurring is done entirely via software rather than through lens technology. LG has included a unique “AI Cam” feature that’s designed to analyze the subjects in the photo and offer up recommendations on how to make adjustments for the best possible photo.

The native camera app on the LG G7 has an option for manual operation and several included photographic modes, while taking manual shots on the iPhone X requires you to download a third-party app.

We’ve got some comparison shots of the two cameras below, along with an Imgur albumwith all of the images featured in the video at a higher resolution: 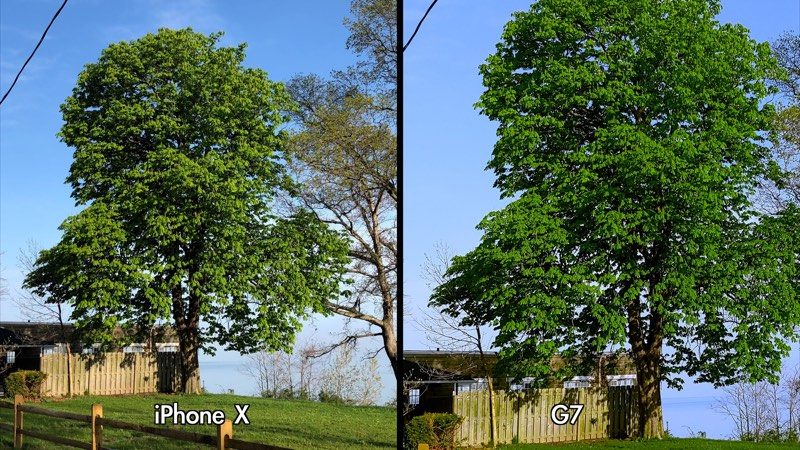 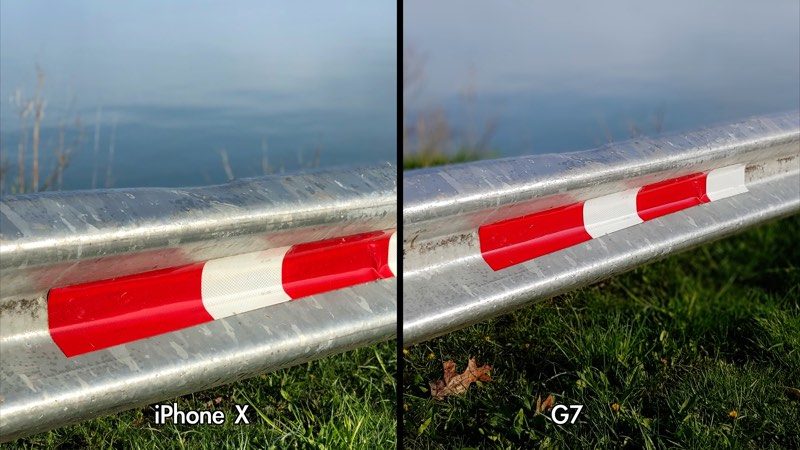 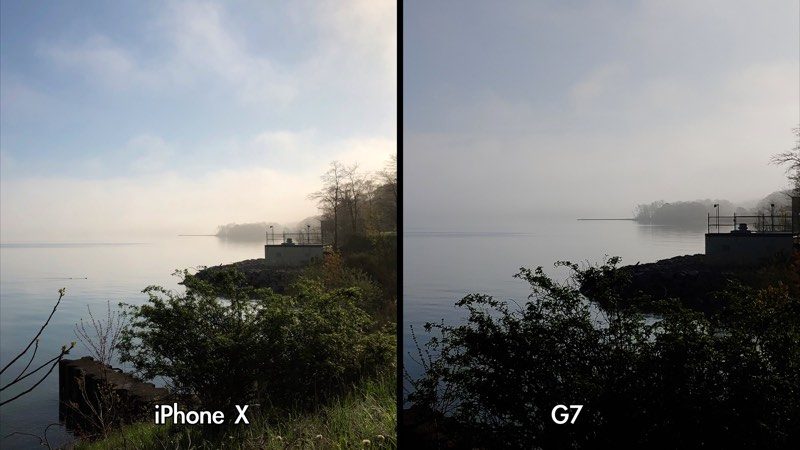 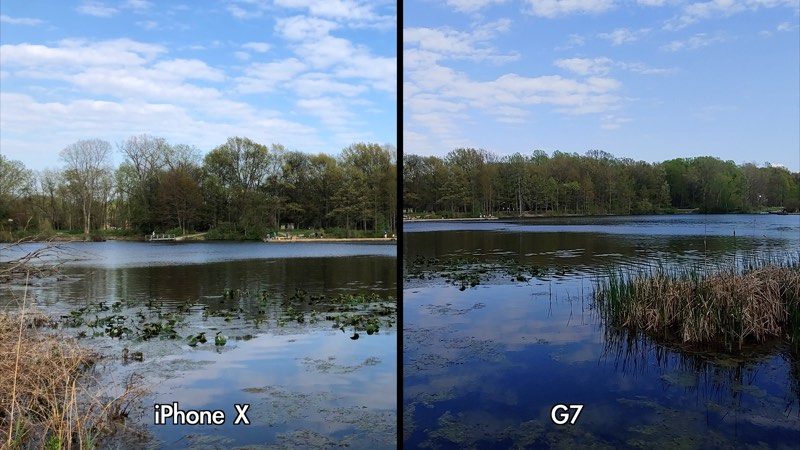 The LG G7 and the iPhone X are both capable devices that take high-quality photos, so you won’t go wrong with either one of these smartphones.

We largely preferred the look of the iPhone X photos because of its tendency to capture more natural colors and accurately capture images with a lot of variation in lighting without overexposing elements of the photo, but in a lot of cases, the camera you like best is going to come down to personal taste.

What do you think of the LG G7’s camera? Let us know in the comments.