Apple Begins to Sell Out of AirPort Base Stations

AirPort base stations are beginning to sell out or disappear entirely from Apple’s online and retail stores in select countries, a few weeks after Apple announced it has discontinued the lineup of routers. 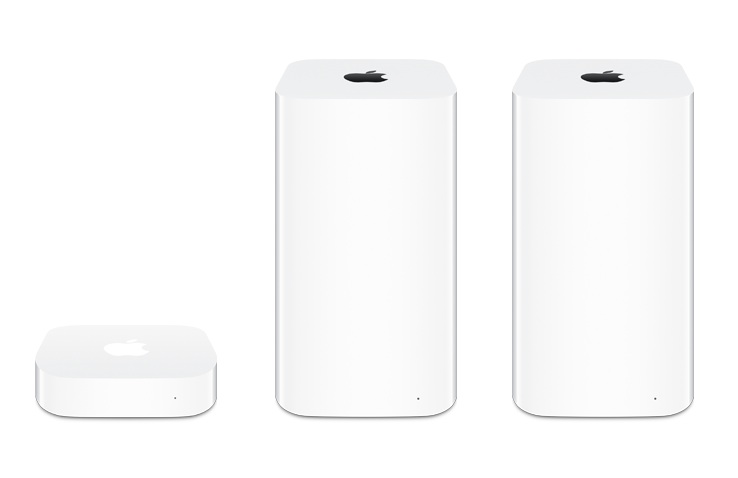 The first casualty is the AirPort Extreme, now listed as “sold out” on Apple’s online store in the United States, and unavailable for pickup at Apple’s retail stores across the country. The base station remains available in limited quantities in select other countries, including Australia, Canada, Japan, and Singapore.

AirPort Express and AirPort Time Capsule models remain in stock on Apple’s online store in the United States, and select other countries, but they will eventually sell out too as inventory continues to dwindle.

In addition, the entire AirPort lineup is no longer listed on Apple’s online store in several European countries, such as France, Germany, Italy, Spain, and the United Kingdom, as spotted by MacGeneration. It’s possible that some of Apple’s retail stores still have inventory remaining in those countries.

Apple said that its AirPort products would only remain available while supplies last, so this was to be expected eventually.

Prior to being discontinued, Apple hadn’t refreshed its lineup of AirPort base stations in five to six years. The high-end AirPort Extreme and AirPort Time Capsule were last updated at WWDC 2013, while the smaller AirPort Express was last updated in June 2012 and still uses the old 802.11n Wi-Fi standard.

The end of the road for AirPort products comes roughly a year and a half after Bloomberg‘s Mark Gurman reported that Apple ceased development of the base stations to “sharpen” its focus on other major products.

While the AirPort lineup has been discontinued, Apple will be providing service and parts for the current-generation base stations for up to five more years. Apple also shared a new support document offering tips on choosing a router to use with its devices, and now sells the Linksys Velop mesh system.